The Future Scope of Augmented Reality 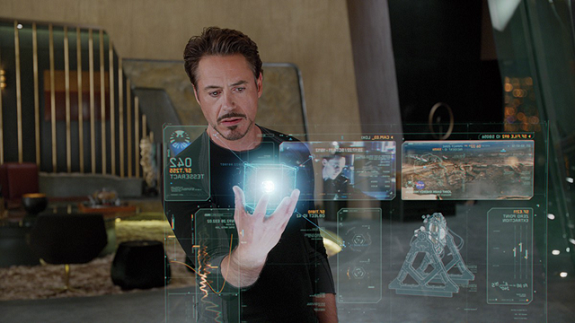 As said by Wayne Dyer “If you change the way you look at things, the things you look at change.” Augmented reality, when graphics or the normal computer displays are brought into the real world which gives an illusion of its existence to the environment, such technology is known as augmented reality (AR). Don’t you think; it sounds exciting that AR just not add graphics, sounds and haptic feedback but also sense and smell to that Virtual reality world.

Today augmented reality has spread its wings not just into gaming but also into our day to day life. From retail business to health sector. Augmented reality shown its capabilities and showcased its future scopes to all of us. In the retail sector, where it can change the whole shopping experience and will definitely bridge the gap between the online and physical store. Whereas, in health sector nothing more fascinating than understanding a human body or for that matter any physical body in a 3D aspect rather than a 2D image or graphics. 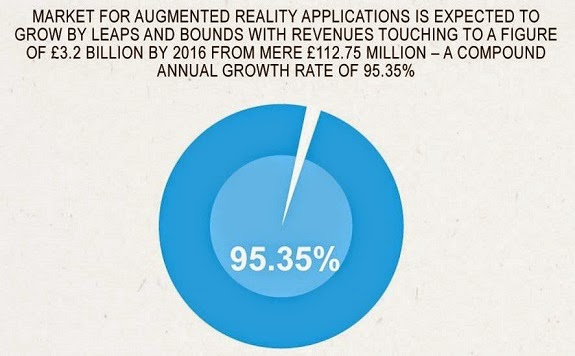 Augmented reality also influenced the mobile industry. Today any Tom Dick and Harry can act like a James Bond with an augmented reality featured wearable devices and with a GPS enabled Smartphones. You can definitely enjoy those special effects and advance technology on your hands itself. Imagine you are wearing this cool glares which look absolutely normal to other but you are wearing a glare which not just correct your eye vision but also stores plenty of HD movies, your favorite books and even songs and you can enjoy them all day long without even getting noticed by others. Isn’t this cool? Here, Google glasses surely making its impression and with upcoming news it’s been said that the geeky glasses are now going to shrink into contact lenses with the AR technology fitted into it. 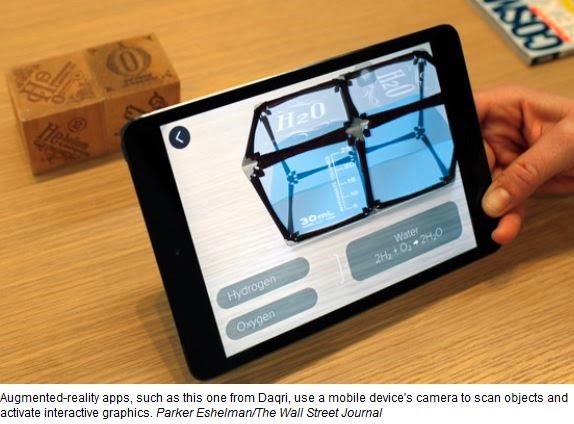 According to studies companies are spending big bucks over the augmented reality. Augmented reality is still under the clouds and there are many prospects on which the developers are working. Reportedly, Microsoft has paid as much as $150 million to buy IP assets related to augmented reality and even Sony PlayStation4 are coming up with an idea of Virtual Reality which they are planning to release in 2015 itself.

It also taking upper hand in the field of advertising and promotional events. Today smartphones are equipped by powerful GPS receivers, compasses and accelerometers that make it possible to know exactly where it’s located and what they are looking at. Augmented reality apps such as “Layar” takes the advantage of this to show people information about the surrounding including what businesses are nearby.

Although it does have some limitations like GPS is only accurate within the range of 30 feet i.e. 9 meters and doesn’t work in the indoors as well. Other than these even your connectivity matters it won’t work if it’s not 3G network at least and the quality of your camera does effect the technology when it comes to quality. Another major disadvantage is the existing mobile devices are still not powerful enough to process the required amount of data in real‐time whereas to run at interactive frame rates is (15‐30 frames per second). There are also some privacy concerns when it comes to image recognition software coupled with AR.

Despite of these few limitations; the future of augmented reality seems really bright and prospective. Like any other evolving technology, AR also faces some obstacles regarding technical issues, to social and ethical problems to financial problem. Where none of the issues seems overwhelming. With the time, all the technical issues will be resolved and AR will definitely showcase something that would fill the gaps between social and ethical issues too. Toward the end, what do you think about this cool technology? Whether it work or it will fail? What are your opinions about it?